Seniors are misusing or abusing the drugs, too. Solutions tailored to them are emerging, albeit not fast enough. 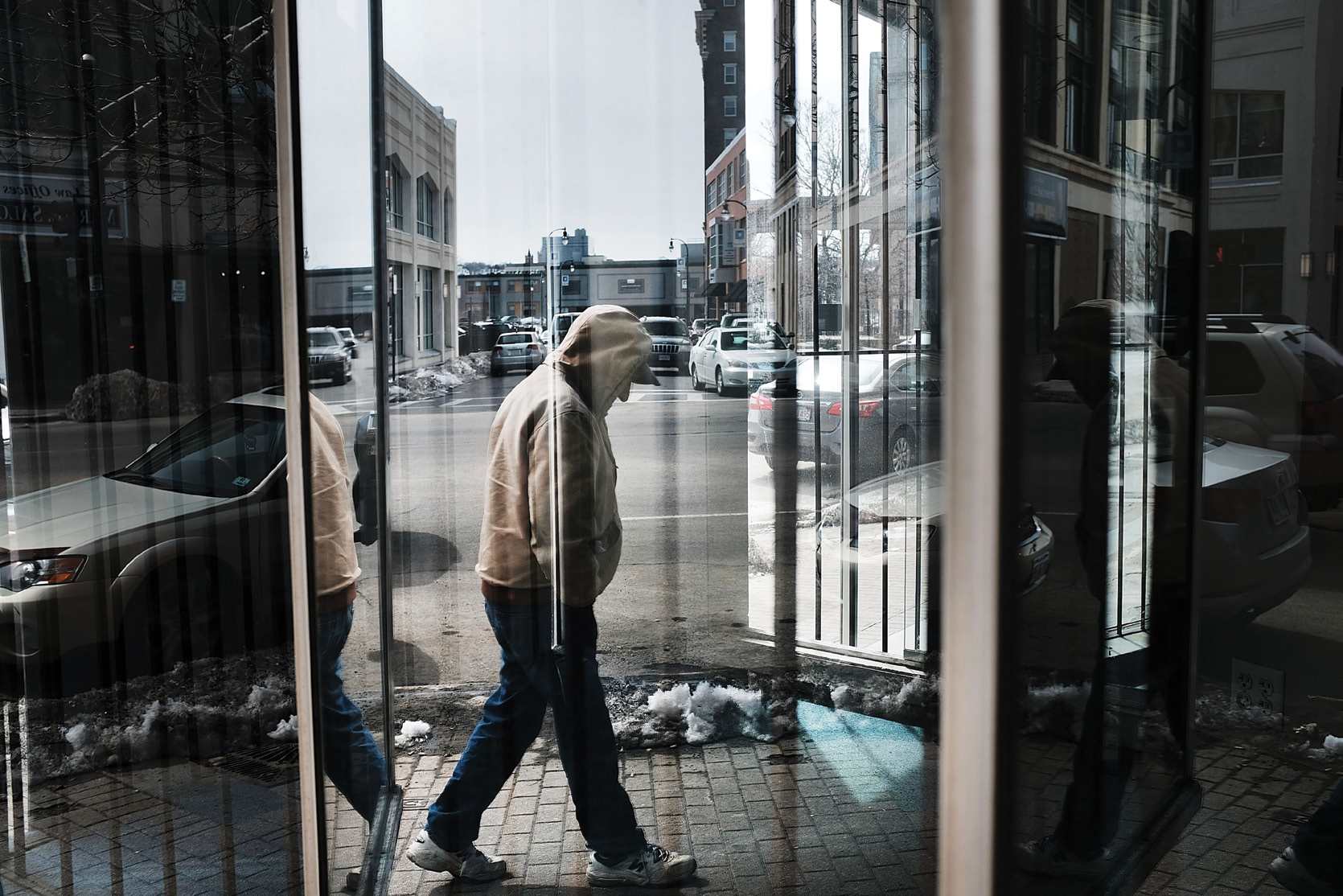 By now every corner of the country is aware of the severity and stakes of the opioid crisis. The last few decades have seen more than 400,000 Americans die of opioid overdose, according to the Centers for Disease Control and Prevention. The epidemic is now undoubtedly part of the country’s public consciousness and political discourse. Less widely noted, though, is how seniors have been caught in the crosshairs of this crisis.

Opioid-related emergency room visits more than doubled among seniors between 2010 and 2015, according to federal government data. And opioid-related deaths among those 65 and older more than doubled from 2.7 deaths per 100,000 to 6.9 deaths between 1999 and 2017. There was also an alarming rise in the number of adults over 60 who reported misuse of opioids in the most recent National Survey on Drug Use and Health, published in 2018. Nearly all other age groups in the survey saw a dip in misuse.

Yet relatively few inpatient and outpatient treatment services focus on older adults, “whose unique characteristics may demand different or more nuanced solutions,” says Olivia Dean, a policy research senior analyst at AARP’s Public Policy Institute. “On the diagnosis side, it’s difficult to quantify the number of older Americans with prescription drug use disorders who go undiagnosed or misdiagnosed. And on the treatment side, standard treatments may not always be appropriate for older adults.”

The issue is especially pressing in rural areas where more older Americans tend to live. Fewer than 1 in 10 opioid treatment centers are located rurally, according to the American Society on Aging. “You tend to have fewer providers and fewer resources,” says Dr. William Burnham, vice president of Population Health Medical Services at AmeriHealth Caritas. He helped start the geriatrics program at the University of South Carolina before spending a decade as ER medical director of a small hospital in a county with 22,000 residents.

Tackling this issue requires a clear understanding of why seniors are more vulnerable to opioid abuse disorder and its misdiagnosis. To reverse the troubling trend, health care providers, pharmacists and managed care organizations will have to work together.

The vulnerability of older, rural Americans to opioid misuse has several dimensions. To start with, older adults use more prescription drugs than do any other age group. As Dr. Burnham says: “Getting older is an exercise in collecting comorbidities” — and the medications to manage them.

Eighty percent of people 65 and older live with multiple chronic conditions, such as diabetes and high cholesterol, according to the Agency for Healthcare Research and Quality. They also report high rates of conditions like chronic pain, anxiety and sleep disorders — and are thus more likely to be prescribed medications with potential for misuse and abuse. Sixty-five percent of seniors reported using three or more prescription drugs in the past 30 days, according to the National Center for Health Statistics. That means juggling medications and specialists who might not realize a prescription conflicts or overlaps with a prescription from a different provider, Dr. Burnham points out.

“There’s a lot of fragmented care of all Americans, but especially seniors, who are more likely to see more specialists,” he says.

Yet medication volume isn’t the only factor making rural seniors vulnerable. A 2018 study in the Journals of Gerontology found that, among older Americans, the poorest were roughly twice as likely to have used prescription opioids. “This might be explained by provider treatment decisions, in part, but also possibly patient preferences,” says Hanna Grol-Prokopczyk, Ph.D., lead researcher on the study and a professor of sociology at the University at Buffalo.

Alternatives to pharmacological therapy for pain — like physical therapy, acupuncture and cognitive behavior therapy — often require weekly or more frequent visits to a clinic, as well as copays, she notes. When weighing the choice between a prescription or a multipronged treatment plan, a health care provider may see the prescription pad as a faster, more convenient option. “But it may also be the patient who prefers the pills, rather than having to find transportation and spend money on frequent medical appointments,” Grol-Prokopczyk says.

There’s no question that health care can sometimes feel out of reach in rural areas. A 2019 poll by the Robert Wood John- son Foundation found that 1 out of every 4 people living in a rural setting said they recently couldn’t get the health care they needed. And about one-quarter of those people said that health care facilities were too far away or difficult to get to.

“There aren’t enough providers willing to practice in a rural setting,” says Dr. Burnham. “In a rural area, you do a lot of primary care in the ER and see many patients who don’t have a primary care provider.” That’s especially troubling when one considers that ER doctors tend to underestimate how often they prescribe opioid painkillers, according to a 2018 study in the journal Academic Emergency Medicine.

Researchers found that, over a 12-month period, 109 ER doctors at four different hospitals wrote 15,124 prescriptions for opioids — about 20% of all their prescribing. Nearly two-thirds of the ER providers estimated their prescriptions at far lower amounts. Rural seniors, then, may be managing chronic conditions while having less access to integrated and continuing care, and seeing providers who underestimate their own prescribing habits. 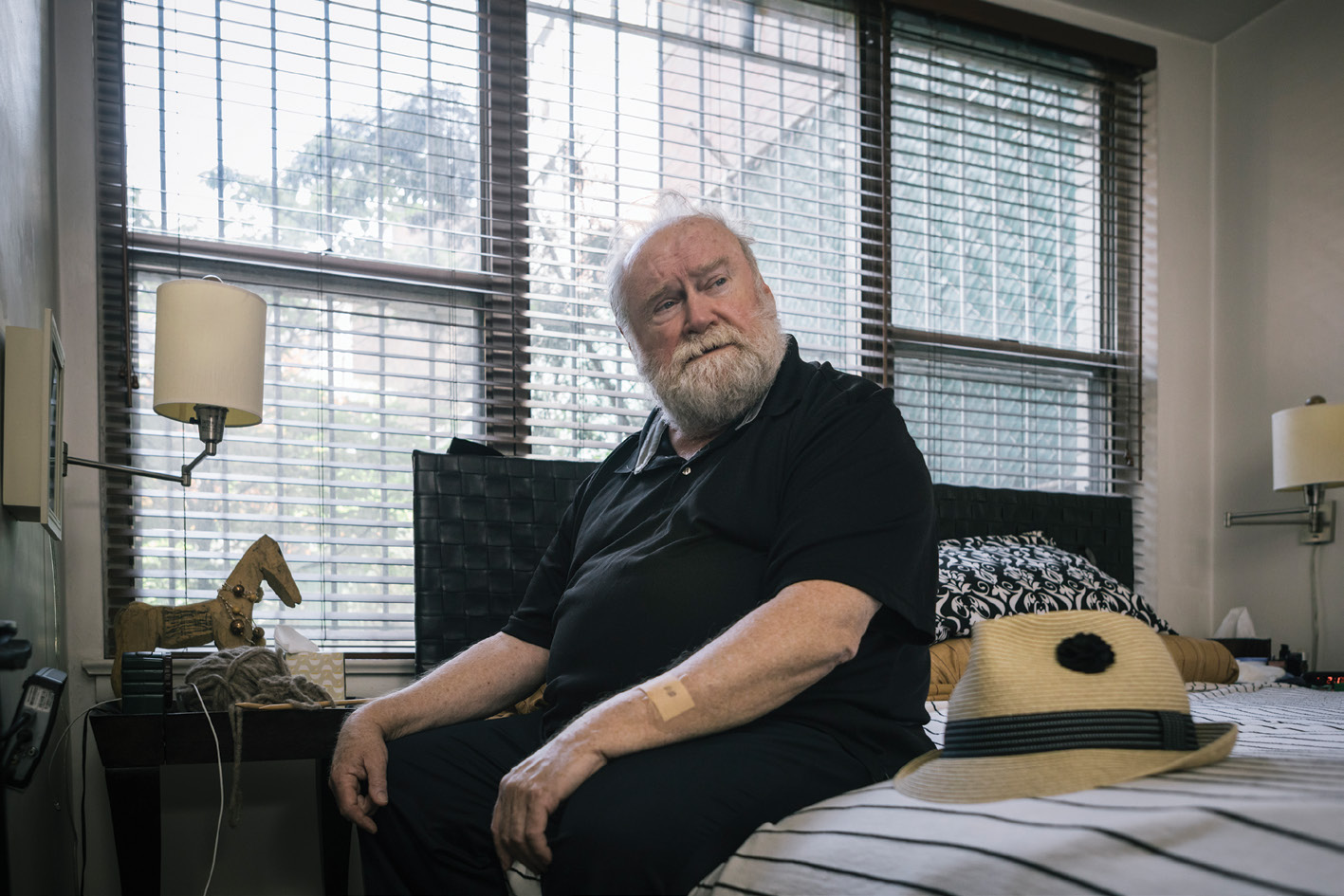 In many ways, preventing opioid abuse disorder among seniors is no different than for younger adults. “We need to do everything we can to minimize opioid exposure for those people who have never been on opioids,” Dr. Burnham says. As with younger adults, once addiction develops, managing it is a lifelong condition plagued by high recidivism rates.

Yet there are particular frustrations when tailoring these tactics to seniors. For instance, many research studies on opioid use and misuse exclude people over 65 from data sets, Grol-Prokopczyk says. And studies that focus on seniors specifically tend to be few and far between. “That’s a big frustration, because while we know the treatment isn’t really fundamentally different, the approach to the patient does have to be modified,” Dr. Burnham says.

There are also challenges with identifying abuse in the first place, Dean says. Providers, who aren’t typically trained on how to diagnose opioid abuse disorder in seniors, may attribute certain symptoms of opioid abuse disorder to depression or dementia. That’s a challenge made greater by the fact that 14% of adults ages 50 and older do have a mental illness, such as depression or anxiety, according to the National Institute of Mental Health. Complicating things still further is the reality that substance abuse and mental illness often occur together, requiring a comprehensive approach to evaluation and treatment. Teasing out the root issue requires both adequate provider training and sustained, consistent care. 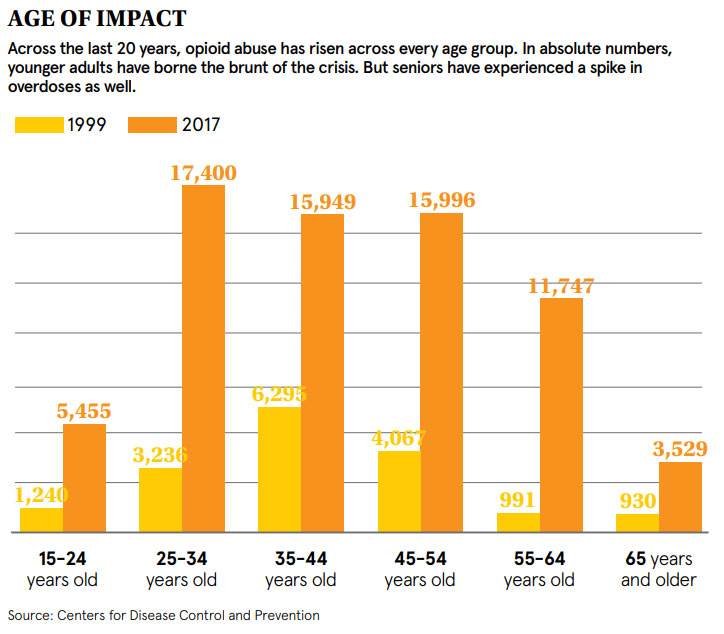 Against this tapestry of challenges, solutions are beginning to emerge. Project Lazarus, for instance, has partnered with providers in rural North Carolina to increase prescription opioid users’ access to naloxone, an overdose prevention medication. The approach has since spread to more than two dozen rural communities nationwide. There are also senior-specific treatment programs gaining attention, such as Recovery@50Plus at the Betty Ford Foundation and Senior Hope Counseling, an outpatient substance use program in New York state.

Still, it’s important to remember that in resource-strapped rural areas, not all recovery needs to involve a treatment facility, Dr. Burnham says. Medication-assisted treatment (MAT) — which combines the use of medications like buprenorphine and methadone with counseling and behavioral therapies — has been shown to have higher efficacy and lower rates of relapse than treatment programs that stress abstinence alone. “The problem is that there aren’t enough MAT providers anywhere,” he says. Getting more frontline rural providers qualified to offer medication-assisted treatment could prove a lifeline for rural seniors, he explains.

For the best long-term success, treatment must be tailored to the older patient. That means being both mindful of a senior’s higher propensity for the side effects of MAT, such as constipation and sleep disturbances, and also greater time and attention spent on making sure the treatment plan is fully understood so that patients are more likely to comply.

“Patients are supposed to be counseled around new medications — by a doctor, by the pharmacist — but everyone who touches the patient needs to work together to make sure that’s truly happening,” Dr. Burnham says. “A pamphlet provided with a prescription bottle is never enough.”

This article appeared in issue 1 (2019) of In Reach by AmeriHealth Caritas.