Can Telehealth Bridge the Distance in Rural America?

A shortage of medical facilities makes it difficult for many rural Americans to access quality health care. Telemedicine could fill the void. 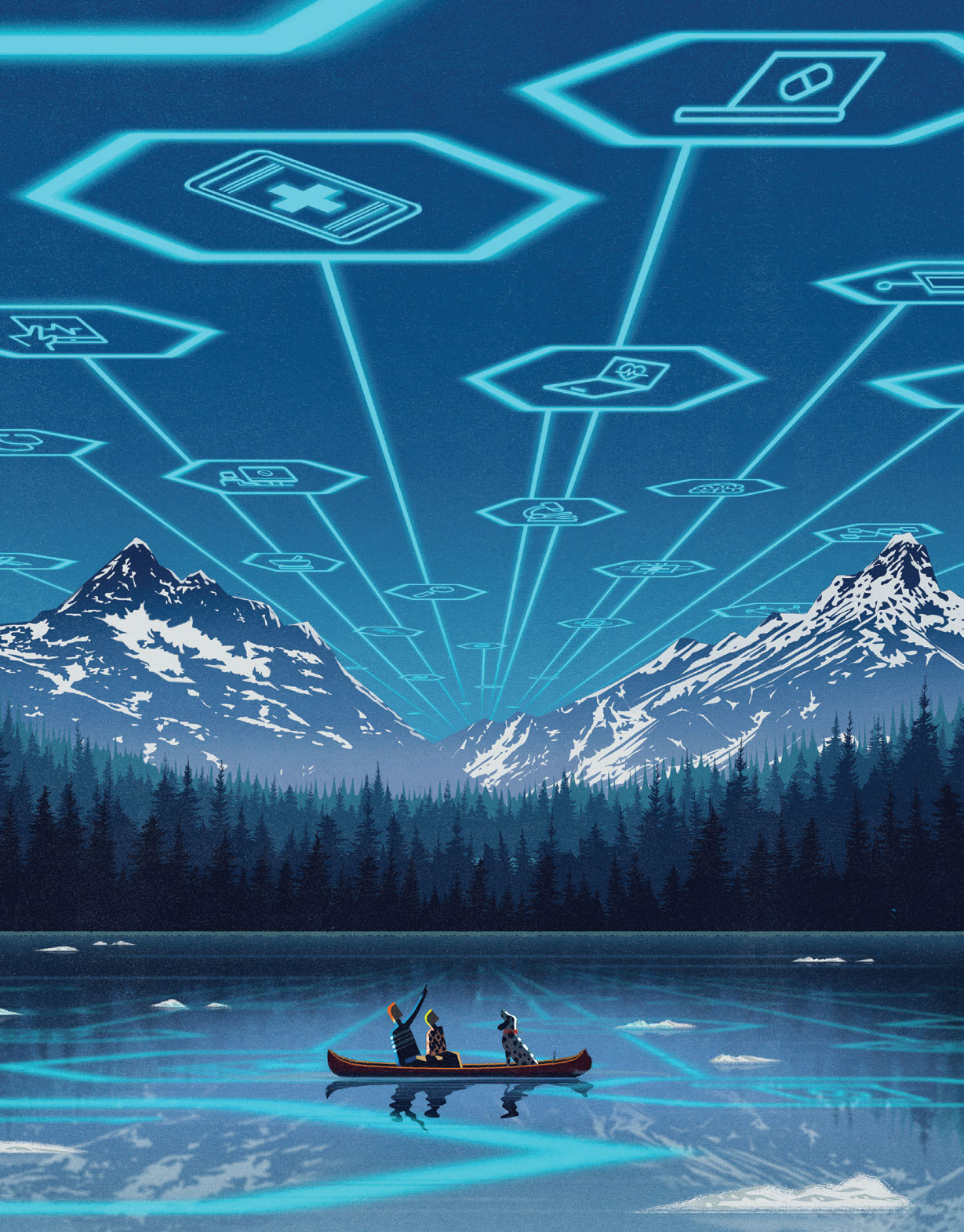 In Valdez, Alaska, Dr. John Cullen has to be ready to treat just about anything. “It’s a town of about 4,000 people,” says Dr. Cullen. “And we’re six hours from the next hospital.”

“It is the most beautiful place on earth, but it also has some of the most challenging weather. There are times when we can’t get anyone in or out for three days at a time.”

As a result, Dr. Cullen relies heavily on telehealth to provide the best possible treatment to patients in his community who don’t have the same access to specialists as their peers in urban settings. Teleradiology, says Dr. Cullen, has become one of the hospital’s most used resources. “Our X-rays are read in real-time by radiologists in Anchorage,” he says. Before telehealth, it would take three days to get a reading because they had to physically send the scans by plane.

Proximity, affordability and quality of health care have a major impact on the health of the approximately 60 million Americans living in rural areas. For the five leading causes of death in the U.S., rates of death are higher among those living in rural communities. At the same time, many rural communities have been experiencing diminishing health care resources because of hospital closures.

It’s no wonder that many rural Americans and their physicians, like Dr. Cullen, are turning to telemedicine. A poll conducted in 2019 by NPR found that 24% of rural Americans had used some sort of telehealth service in recent years, 69% of whom said it was the most convenient way to get a diagnosis or treatment. In hospitals, telehealth use is widespread, with 76% of hospitals using video conferencing or other technology to consult with patients or practitioners, according to the American Hospital Association. And the number of physicians who use telehealth to see patients is rapidly growing, up from 5% of physicians in 2015 to 22% in 2019, according to the Telehealth Index: 2019 Physician Survey.

Earlier this year, the COVID- 19 pandemic prompted a dramatic acceleration in telehealth use in the U.S. in rural as well as urban areas. Telehealth services provider Teladoc Health reported a week-overweek surge in patient visits of 50% in March, with more than half of visits from first-time users. This spike occurred as President Donald Trump’s administration urged the use of virtual visits as a way to help control the spread of coronavirus. And in late March, the FCC announced it had received $200 million in funding as part of the Coronavirus Aid, Relief and Economic Security (CARES) Act to support adoption of telehealth services, including by improving broadband access.

Telehealth isn’t just about patients receiving health care at a distance, either. It can also include important physician-to-physician communication, as well as the creation of health systems designed to help facilitate long-distance learning and treatment. And it’s the physician-to-physician model that Dr. Cullen, who also serves as board chair at the American Academy of Family Physicians, finds most useful. “We have a tele-ICU that’s been working out really well. We have a camera that the ICU physician in Anchorage can look through to see the patient,” he says.

This access to specialists is what many health care providers find to be the missing link to improving health outcomes in rural communities. To help address these shortcomings, the Centers for Medicare & Medicaid Services (CMS) finalized policies in 2019 to extend telehealth benefits to Medicare Advantage starting in the plan year 2020. “Today’s policies represent a historic step in bringing innovative technology to Medicare beneficiaries,” CMS Administrator Seema Verma said in a press release. “With these new telehealth benefits, Medicare Advantage enrollees will be able to access the latest technology and have greater access to telehealth.”

One of the key benefits of this new policy will be that patients will receive coverage for in-home video chats with a doctor. Previously, telehealth consultations were covered on a limited basis. This expanded coverage can be especially useful to rural patients who may live a considerable distance from the nearest clinic or hospital.

Not only can telehealth expand treatment to rural patients, but it can also help reduce costs for providers. The FCC estimates that the widespread use of telemedicine could save the U.S. health care system as much as $305 billion annually. For many patients who live far away from the nearest medical center, telemedicine can help them save on travel costs.

“Patients now have increased local access to primary care providers who can take care of medical conditions that they previously needed to drive often three to six hours to the academic medical center to get treated,” says Dr. Bruce Struminger, an associate professor of medicine at the University of New Mexico Health Sciences Center. “Some of our patients would have to wait three to six months for an appointment at the University of New Mexico to see a specialist. Having to wait months prolongs suffering. Now they’re able to have their complex medical issue often treated locally within a week or two by their local primary care clinician.” 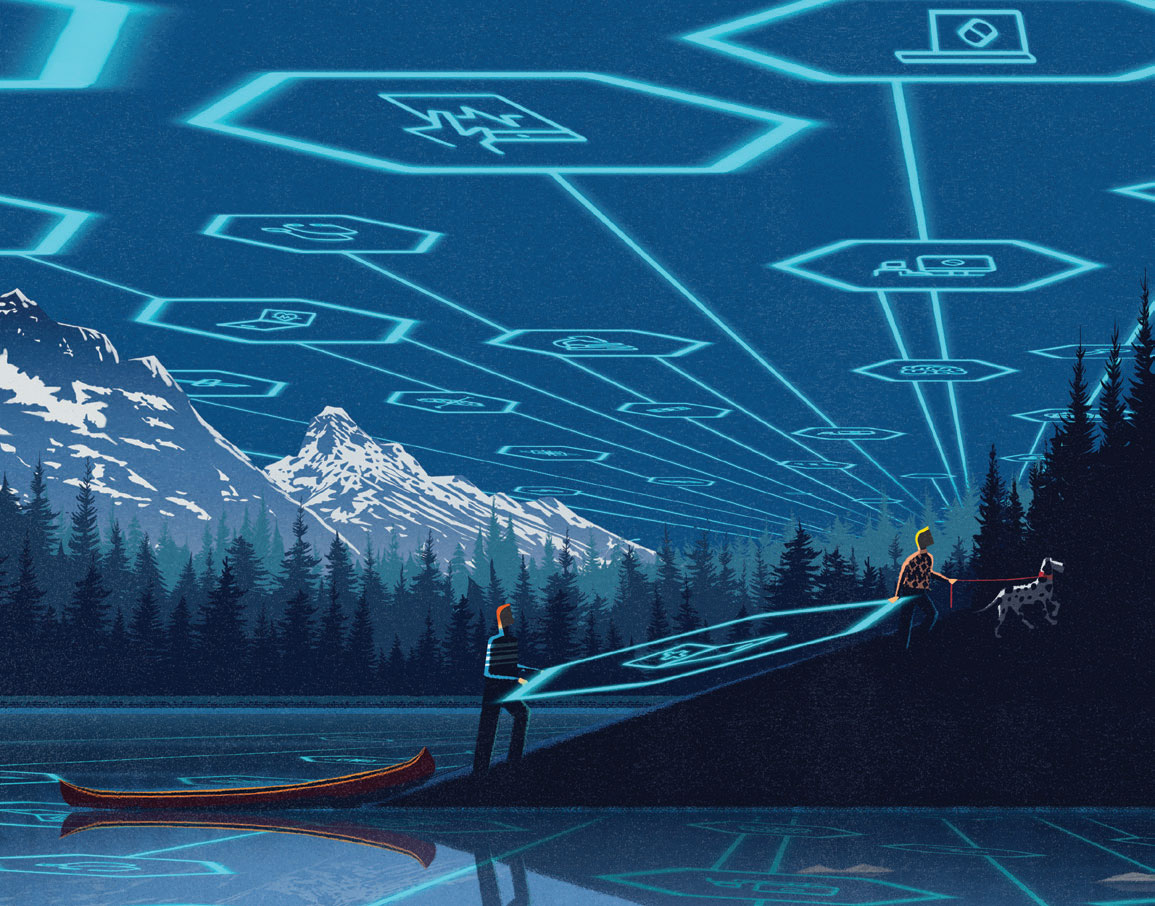 Dr. Struminger is the senior associate director at Project ECHO (Extension for Community Healthcare Outcomes). The project is a telementoring and capacity-building program that was launched in 2003 by Dr. Sanjeev Arora, a liver disease specialist and professor of medicine at the University of New Mexico. He had the idea of training primary care doctors and nurse practitioners to treat hepatitis C through ongoing mentoring via video conferencing with specialists like himself. Today Project ECHO connects local primary care clinicians with specialists at academic medical centers and other centers of excellence for weekly community of practice learning sessions in which patient cases are presented and evaluated and recommendations from subject matter experts and peers are shared. The ECHO network now operates more than 300 hubs for more than 100 diseases and conditions in more than 37 countries.

But beyond the ECHO Institute at the University of New Mexico, many other academic medical centers and departments or ministries of health are doing this work, Dr. Struminger says. They share the wealth of expertise from larger medical systems with communities that can be hard to reach.

Take Dr. Curtis Lowery, for example. A maternal-fetal medicine specialist, he is the director of the Institute for Digital Health & Innovation at the University of Arkansas for Medical Sciences (UAMS), where he is also a professor of obstetrics and gynecology. Not only does Dr. Lowery consult with rural doctors on high-risk pregnancies, but he also oversees many of UAMS’ telehealth initiatives. Its telestroke program has highlighted the positive impact these initiatives can have. The program uses high-speed video communication to connect stroke neurologists to patients at partner hospitals that don’t have those specialists.

“We’ve gone from the worst state in the nation in stroke death to moving up six spots because we’re now treating a lot more patient strokes,” Dr. Lowery says.

The benefits of telehealth seem clear: It expands the reach of health care and makes it more affordable. Its applications appear nearly endless. Videoconferencing is the most widespread method, according to a 2018 American Medical Association report, and it’s being used for everything from routine checkups to managing care for patients with chronic illnesses to facilitating communication among physicians.

But what about the drawbacks to telehealth? Dr. Cullen, who is on the receiving end of much of telehealth’s benefits, has his reservations. “Some people see telemedicine as a solution, and it’s really not. It’s a tool. It’s a good tool, and it’s one that’s going to get better, but it’s not the solution,” he says. “A telemedicine unit can’t put in a chest tube or deliver a baby. I do worry that telemedicine is going to lead to further destabilization of rural communities’ medical care. And already, we’re at a point where we have medical care deserts across the country that are hundreds of miles across.” In fact, since 2005, more than 150 rural hospitals have closed their doors and 21% of rural hospitals across 43 states are at high risk of closure due to financial issues.

And, of course, there’s the doctor-patient bond to consider. There’s so much that goes unsaid during a visit, and physicians have to be adept at picking up on nonverbal cues. “Someone came in just the other day and he was complaining of something minor,” says Dr. Cullen. “His wife gave him ‘the look,’ and I knew immediately that he was really sick. For his wife to be there at all was unusual, and just from that, I knew that there was something really significant happening.” While Dr. Cullen says he may have picked up on the same things in a videoconference, it’s impossible to know for sure.

“You need to have certain levels of proficiency in these small communities in order to save people’s lives,” Dr. Cullen adds. “And if you don’t, you’ll lose people. That’s just the reality.”

Dr. Lowery, who sees telehealth as a leap in the right direction, echoes that sentiment: “It’s not about video conferencing, it’s about building a system of care that manages patients in a different way,” he says. “Where you live should not determine whether you live or die, but sadly that’s health care in America.”