An emerging approach to health care may one day transform medicine. What will it take to truly personalize health care? 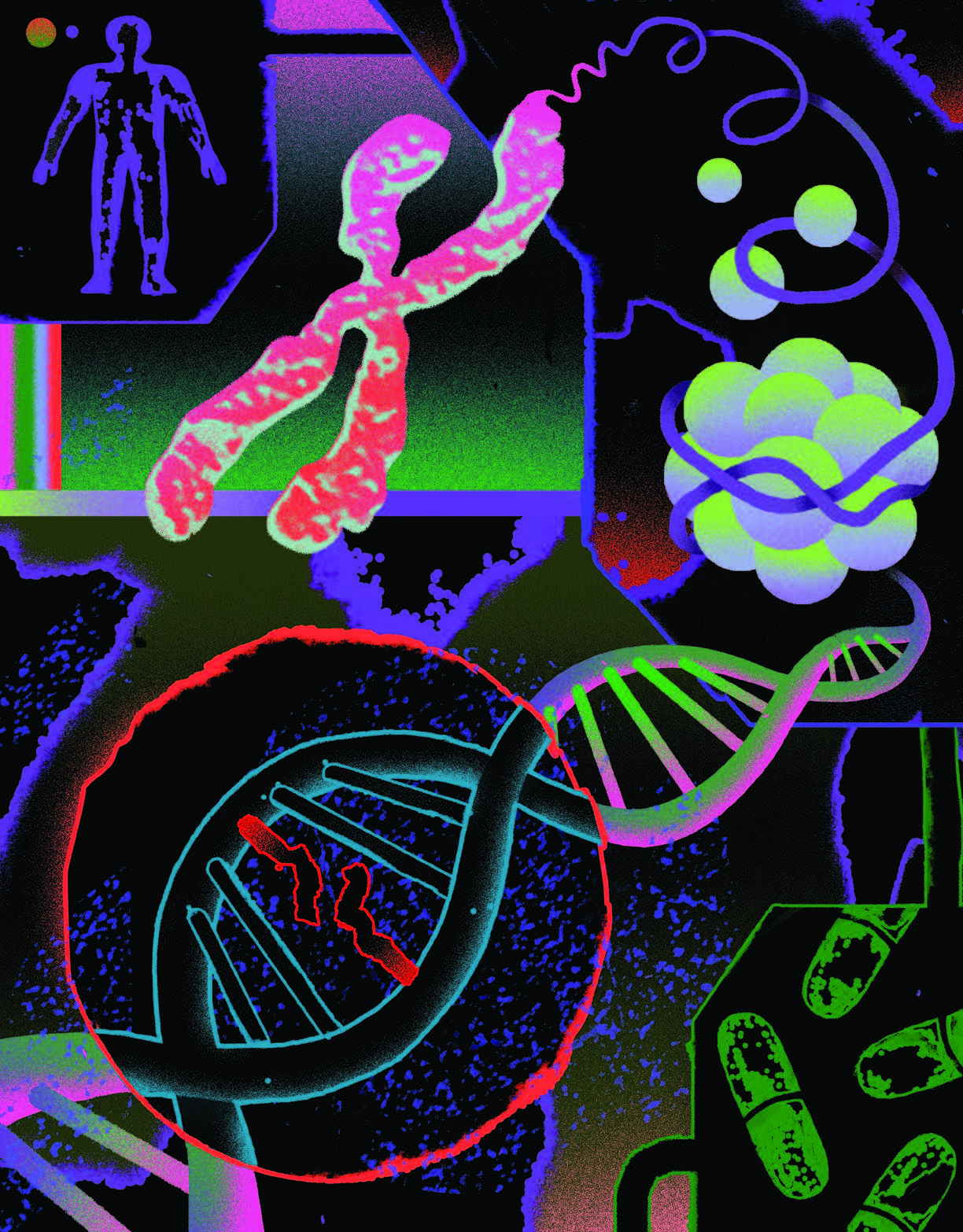 No two patients are wholly alike with important differences in everything from environment and lifestyle down to genetic code influencing individuals’ health. And yet despite these differences, when a medical issue arises, the course of treatment often is one-size-fits-most. Patients with the same type and stage of cancer, for example, have typically received the same therapy—with varying results.

That is increasingly changing, however, with precision medicine, an emerging approach to care that takes into account differences in genes, behaviors and environment. The idea is that tailoring health care to the individual patient will lead to better outcomes, because it enables earlier interventions, more-accurate diagnoses and the use of more-effective drug therapies.

As advances in genetics have brought the possibility of precision medicine within reach, excitement about its potential to transform health care has grown. “Precision medicine … gives us one of the greatest opportunities for new medical breakthroughs that we have ever seen,” President Barack Obama stated when announcing the launch of the Precision Medicine Initiative in January 2015.

But the launch of the initiative also acknowledged that precision medicine is still in its early stages. Many scientists recognize that significant strides in research must be made before more individualized, genetics-based approaches to medical interventions can be applied widely at scale.

In May 2018, the National Institutes of Health launched the All of Us Research Program, a key component of the Precision Medicine Initiative. The program’s mission is to gather genetic data, biological samples and other health information from a diverse group of more than 1 million people living in the U.S.—with an ultimate goal of accelerating the accessibility of precision medicine for all patients.

Where it's already making an impact

While precision medicine may have a long way to go, a few early examples highlight its potential. For instance, in the case of colon cancer, doctors now know not to prescribe certain medications if a patient’s tumor has a genetic mutation known as KRAS because the drugs will be ineffective. The same goes for certain types of breast cancer: Patients who have tumors determined to have high levels of the protein HER2—about 20% of women and 5% of men who have breast cancer—are now prescribed drugs that specifically block HER2. The targeted treatments have helped lead to higher survival rates in this subgroup of patients.

Expanding research in precision medicine could not only inform the development and use of such targeted treatments but could also refine strategies for preventing and diagnosing disease in the first place. “We can use this to create [better] predictors for cancer, for cardiovascular disease,” says Dr. Josh Denny, professor of biomedical informatics and medicine at Vanderbilt University School of Medicine and, as of December, CEO of the All of Us Research Program.

Better prevention, prediction and management of diabetes based on improved patient data analysis and genetic risk scores is among the goals of the American Diabetes Association’s Precision Medicine in Diabetes Initiative, which debuted in 2018. In introducing the initiative on its website, the association states, “Our vision is realizing a future of longer, healthier lives for people with diabetes, achieved by applying the appropriate treatment for the appropriate person at the appropriate time.”

Indeed, one of the greatest areas of promise seen with precision medicine is pharmacogenomics—the study of how people respond to drugs based on their genes. Dr. Denny points to his research into the drug clopidogrel, a blood thinner given to patients when they have a stent inserted. Specific enzymes in the body are needed to activate clopidogrel, including one enzyme produced by the CYP2C19 gene. But “more than 40% of those with Asian ancestry have at least one loss-of-function variant,” with the CYP2C19 gene, Dr. Denny says. As a result, these patients may not respond to the drug.

To address this, Dr. Denny says, some providers have started genotyping people who need to get a stent placed so that they can prescribe the best therapy based on the patient’s genetic profile. It’s just one example of how precision medicine could serve to improve health care for patients of all populations. But to realize this potential, the medical field must overcome a major hurdle: the significant lack of diversity in genetic research.

“Over 80% of all genomic studies are on those with European ancestry,” Dr. Denny says. “The lack of diversity in our studies affects everyone, whether you’ve been studied or not. If you’re represented by a medical research population, you would still benefit from those who are underrepresented being studied.”

Including All of Us 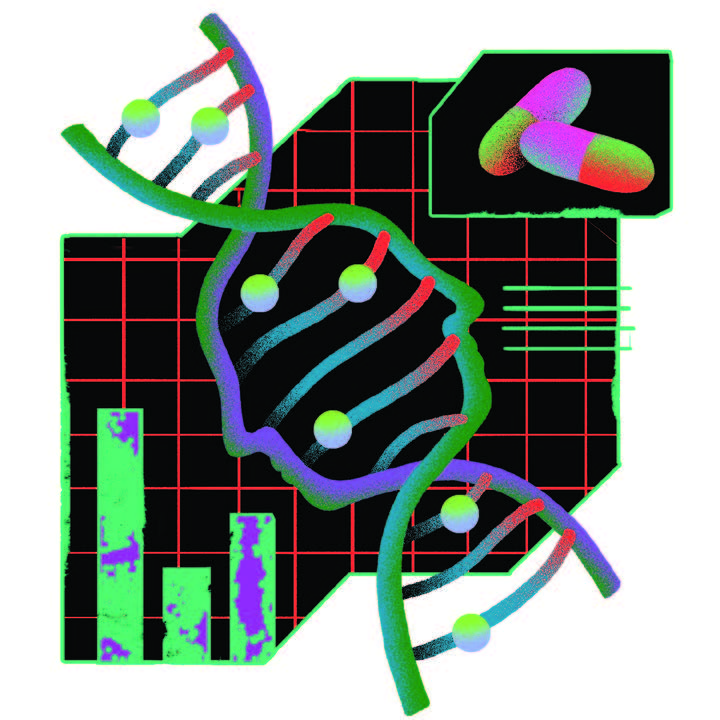 Programs like All of Us are now providing the necessary infrastructure to give researchers access to data from a large and diverse set of participants, says Alyssa Cotler, director of communications and marketing for the All of Us Research Program.

To date, the research program has enrolled more than 305,000 participants, including more than 237,000 who have provided biospecimens. In August 2019, the All of Us research team published an update on its progress in the New England Journal of Medicine, noting that, of the more than 175,000 participants enrolled at that time, 51% are nonwhite and 80% are from groups underrepresented in biomedical research.

“We recognize that many communities have historically been left out of biomedical research, so we want to ensure that our program allows for a fuller picture of health in the U.S. by including diversity—demographically, geographically and medically,” Cotler says. To do so, All of Us has formed ties with dozens of community partners and champion organizations—from the Black Women’s Health Imperative to the National Rural Health Association—that lead grassroots recruitment and engagement activities across the country. (See sidebar, “Engaging Tribal Partners.”)

The program could begin sharing anonymized data with researchers as early as next year, says Dr. Denny, who is also a lead investigator for the program.

In Chicago, the Personalized Cancer Care Consortium, based at the University of Chicago, seeks to expand access to clinical trials within the communities served by the six academic and community-based cancer clinics that are members of the PCCC. Extending beyond Chicago’s medical research center, the sites include facilities serving racially and economically diverse populations in Chicago’s south suburbs, central Illinois and northwestern Indiana. Data gathered through these trials will help create “a broad scientific portfolio engaged in the study of cancer prevention, treatment and control, quality-of-life, survivorship and cancer biology,” the University of Chicago Medicine notes on its website.

Of course, collecting sensitive health data requires intensive privacy and security protocols. This is especially true since the All of Us Research Program is collecting not just health records, but also participants’ genetic data and surveys about their lifestyle and environment.

“We’ve taken many steps to protect participants’ information,” Cotler says. “We remove obvious identifiers, encrypt the data and store it on a secure platform. We’re using the most up-to-date industry standards and practices to prevent security breaches.”

Researchers who want access to the data will have to register with the program and verify their identity, she says. They also will have to complete ethics training and sign a contract for responsible data use.

Dr. Denny says that with such a large data set (All of Us is on track to enroll 1 million core participants by about 2024), the potential is huge—not only for precision medicine, but for improving health care in general. 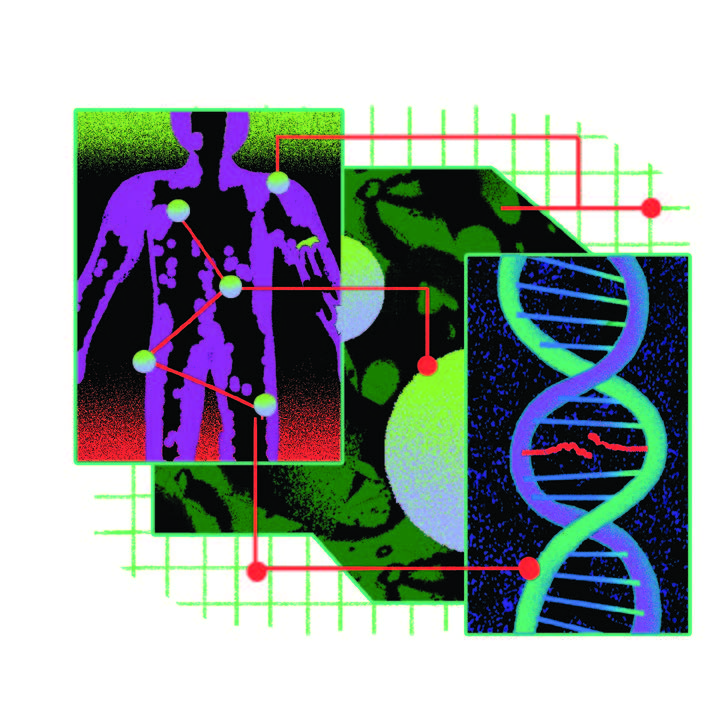 Beyond research, another barrier to bringing precision medicine to all patient populations will be cost. For example, Medicaid is inconsistent about covering some genomic tests, particularly pharmacogenomics tests, says clinical pharmacologist Pamala Jacobson, PharmD, a professor in the Department of Experimental and Clinical Pharmacology in the College of Pharmacy at the University of Minnesota. Jacobson is also a principal investigator of the Minnesota Precision Medicine Collaborative.

“Could we do a better job of at least providing medication to Medicaid patients if we knew something about their pharmacogenomic profile? We think we could. But right now, it’s not possible usually to get that paid for by Medicaid,” she says.

Yet efforts to extend these innovations to patients on Medicaid are in the works. In 2018, the Centers for Medicare & Medicaid Services (CMS) approved the coverage of diagnostic lab tests using next-generation sequencing to conduct genetic testing on patients with advanced stages of cancer.

“We want cancer patients to have enhanced access and expanded coverage when it comes to innovative diagnostics that can help them in new and better ways,” CMS Administrator Seema Verma said in a press release that year. And in 2019, U.S. Rep. Eric Swalwell of California, among others, introduced the Advancing Access to Precision Medicine Act to test whether having Medicaid cover a variety of genetic and genomic sequencing for children can “help settle their diagnostic challenges, improve clinical outcomes and ultimately reduce program expenditures,” according to the press release.

The future is promising, but it will take a concerted effort from scientists, physicians, policymakers and even study participants to ultimately improve outcomes for all patients.

“Tremendous progress has been made over the past few years in the field of precision medicine, including advances in pharmacogenomics and targeted treatments for certain cancers,” Cotler says. “And while medical professionals and the research community have learned so much, there are still too many diseases that don’t have a proven means of prevention or effective treatment. There is still a lot left to learn.”